Unfortunately, something went wrong.
Show all in Year in review 2020 - NINA HOFFMANN DOCUMENTARY

We accompanied Nina Hoffmann through the ups and downs of the 2020 season. We were not only able to support Nina with our race support on site, but also accompany her on video. In our documentary, Nina shares her very personal insights into this more than turbulent racing season.

FROM JAVELIN TO DOWNHILL

Nina Hoffmann is rightly considered one of the shooting stars of the downhill scene. Just five years ago, the reigning German downhill champion was at the start of her first MTB race. As a javelin thrower, Nina was repeatedly set back by injuries, which is why she took up mountain biking for a change. And already after the first race it was clear: The dream of winning the Olympic javelin will be exchanged for the dream of the rainbow jersey.

The 2020 season started with full motivation, but the chaotic year also threw a wrench in the racing calendar: races were repeatedly postponed or even completely canceled. This unplanned long off-season made it anything but easy for the athletes to keep their form and motivation at top level. Nina used the chance to train hard for the World Championships in Leogang and to find the right set-up for her bike. The new edition of our  BIG BETTY was just what she needed, because it gave Nina enough time to test the new tire. But 2020 wouldn't have been 2020 if Nina had been able to use her new tire combination under race conditions as planned... 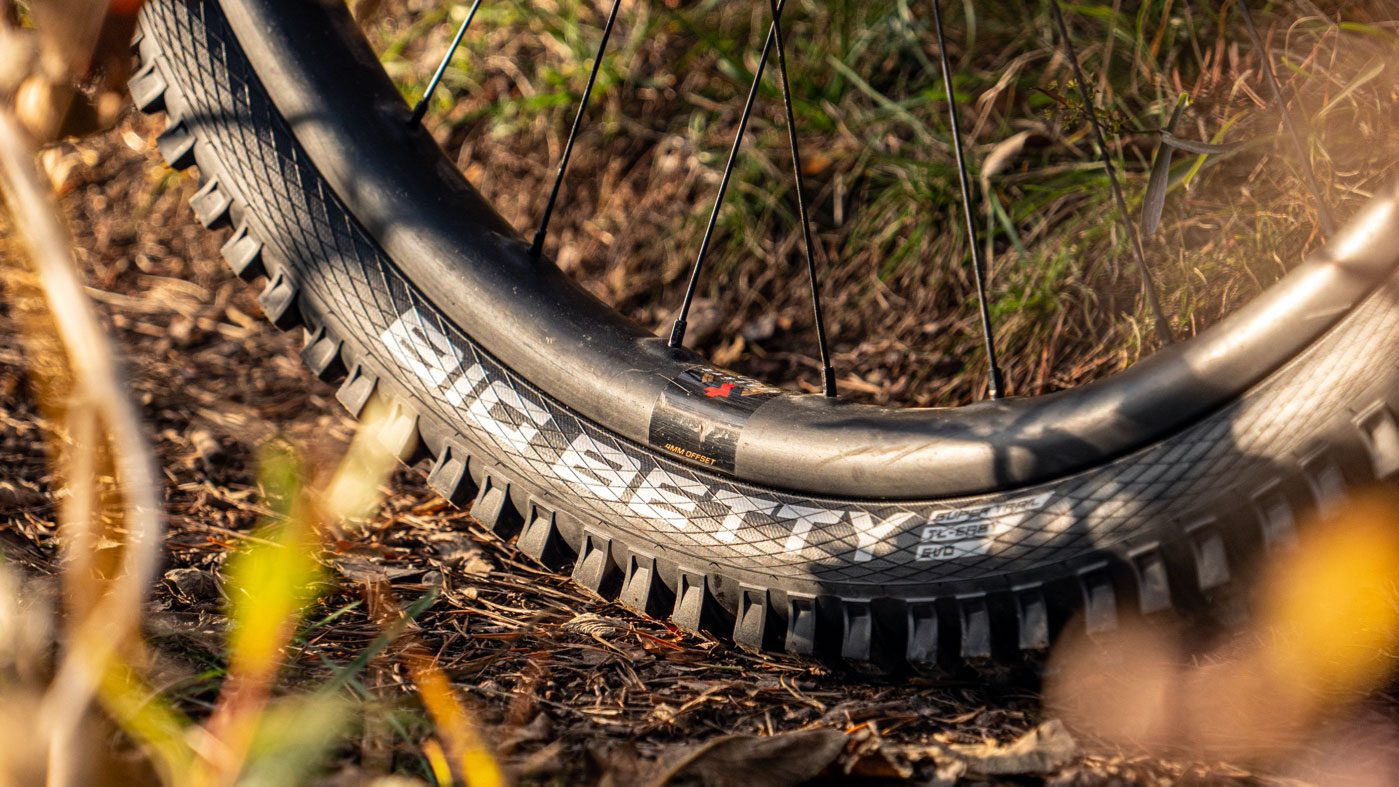 The all-round tire for dry to wet surfaces: Schwalbe Big Betty. The new edition comes with supported braking edges and an aggressive tread for excellent grip. Perfect on the rear wheel in combination with Magic Mary.

THE WORLD CHAMPIONSHIPS IN LEOGANG

After the uncertainty of the previous months, expectations were high for the  WORLD CHAMPIONSHIPS IN LEOGANG . Would the hard training of the last months pay off? Unfortunately, the weather threw a spanner in the works for the athletes: the riders had to fight their way down the course in a veritable mud battle. Nina's race was also marked by several crashes and her disappointment was correspondingly huge. But unfortunately, there was no time to take a breather, because the following weekend she was off to the World Cup race in Maribor - with aching wrists and hip problems. 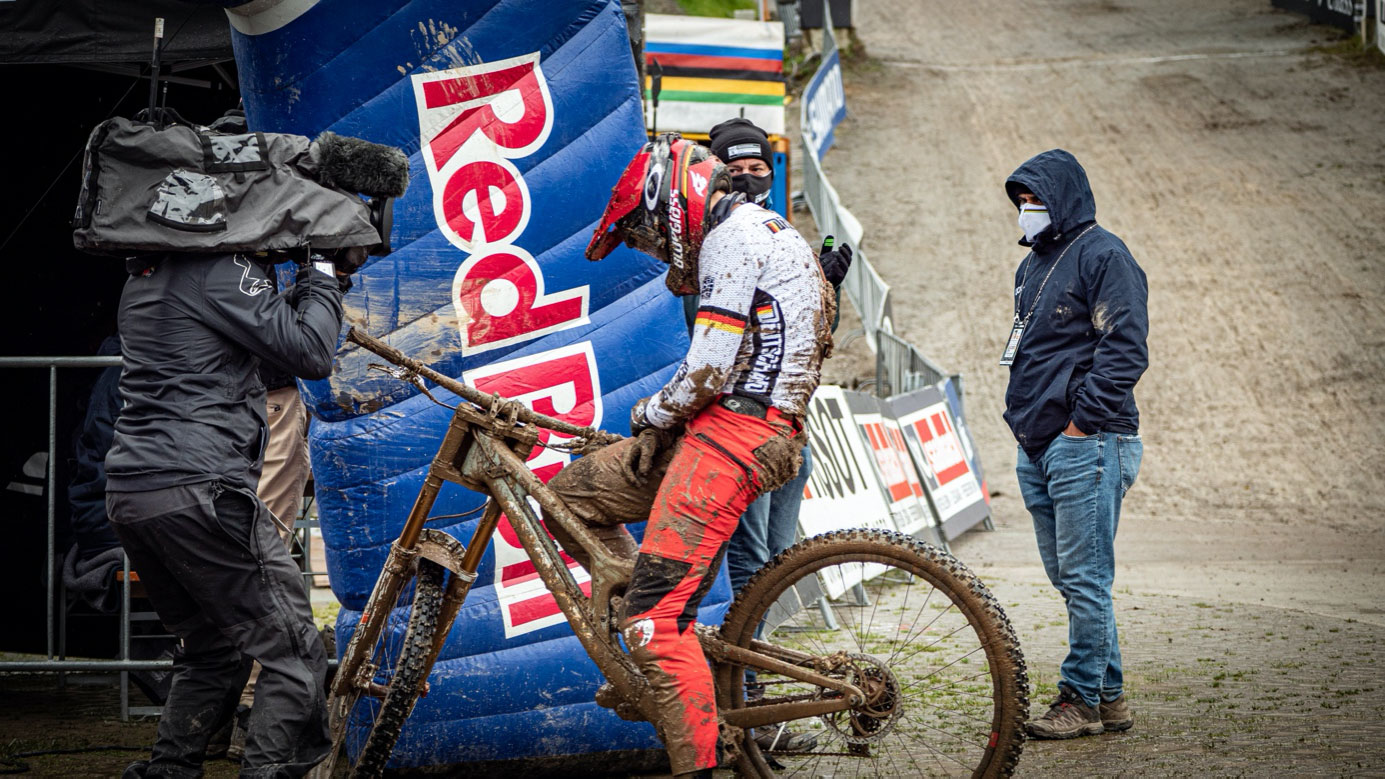 That's racing: After two crashes in the race the disappointment is huge and the chance for the podium is gone for the time being...

With the crashes still in her bones, it was even more difficult for Nina to get up for another race; physical and mental strength were needed to get back on the bike even in rain and fog. But at the latest after the qualifying Nina's self-confidence was back because the times clearly showed: a podium finish is definitely possible! In the final race run she followed her credo: be relaxed, have fun and push. And exactly this mixture brought Nina to the front and gave her the victory at the World Cup in Maribor! This makes Nina Hoffmann the first German in 25 years to win a Downhill World Cup. And that's not all: because in the overall standings Nina was able to secure an excellent third place. We congratulate her on this incredible season and look forward to starting next year together! 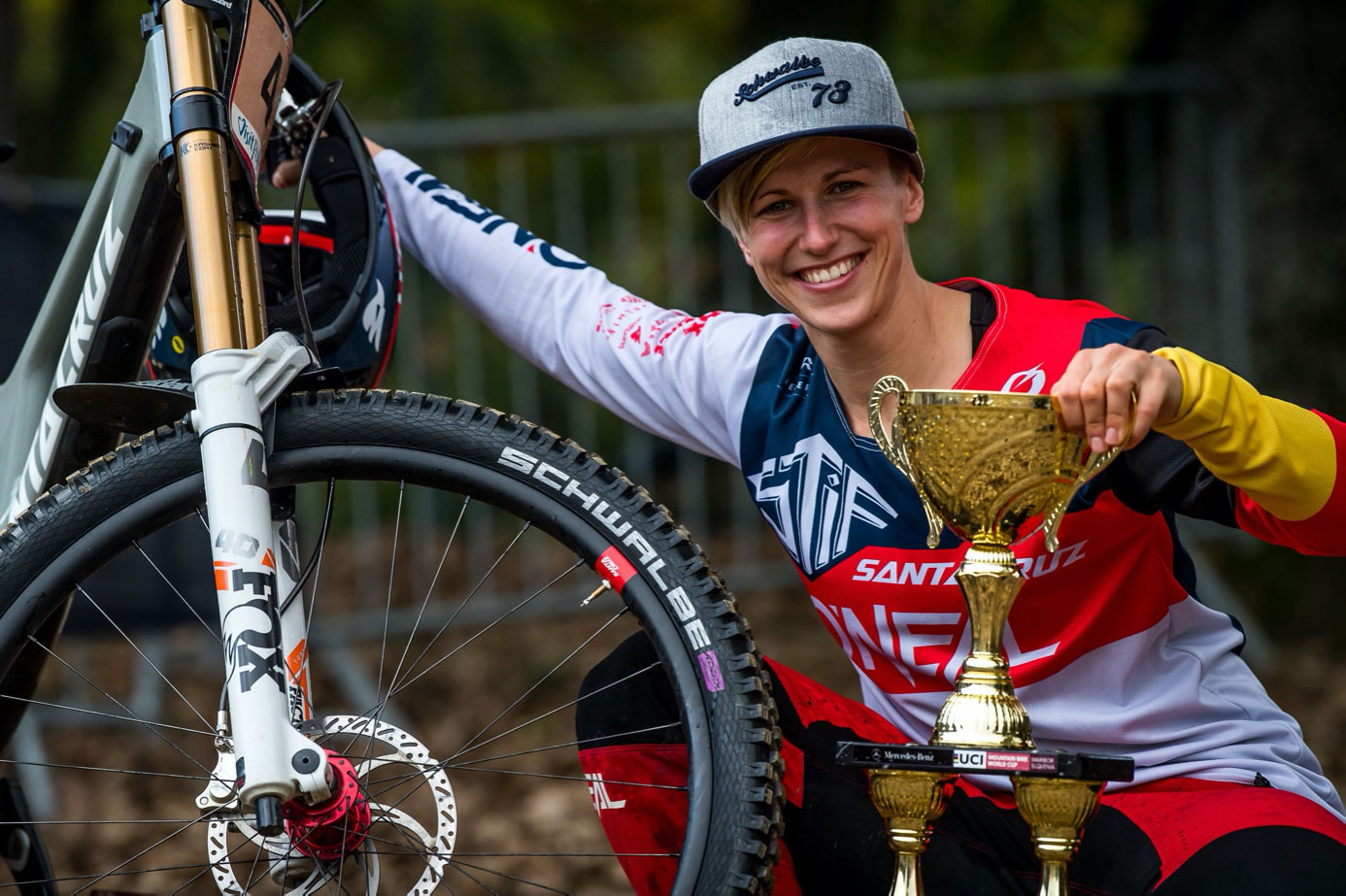 The glorious winner: Nina Hoffmann is the first German after more than 25 years to win a DH World Cup! We sincerely congratulate on this outstanding achievement and look forward to an exciting season in 2021!