Georg Egger and Lukas Baum from Team Speed Racing Company were able to win in an impressive race. 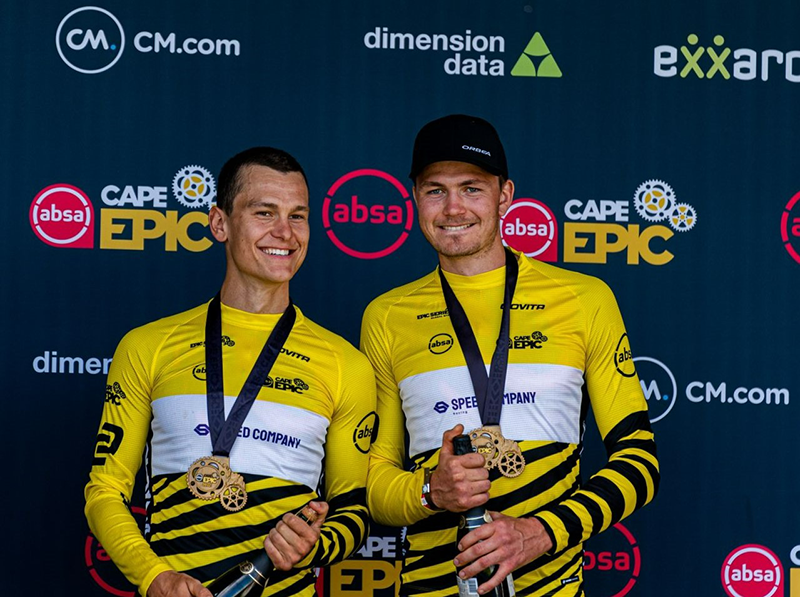 Suspense until the end and winners nobody expected. Georg Egger and Lukas Baum from Team Speed Company Racing not only won their first Cape Epic, but also took the hearts of all racing fans by storm.
After a safe-looking victory, marathon world champion Andreas Seewald and his partner Martin Stosek had to admit defeat to the youngsters on the final stage.
The winners and all participants deserve great respect and congratulations for their success. 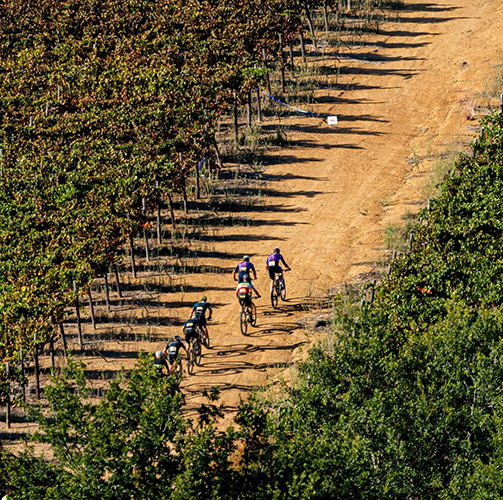 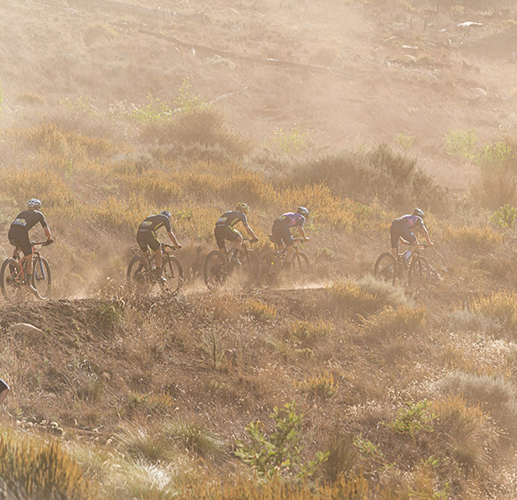 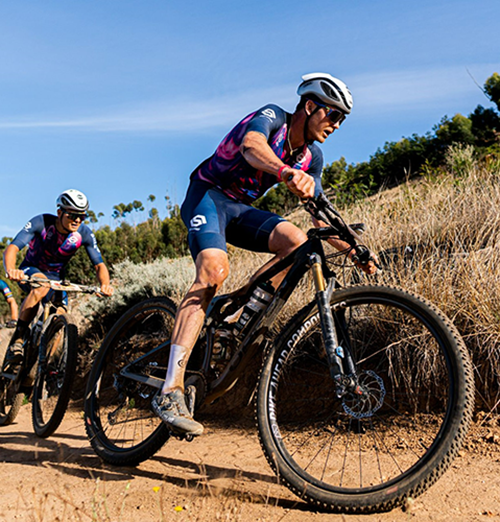 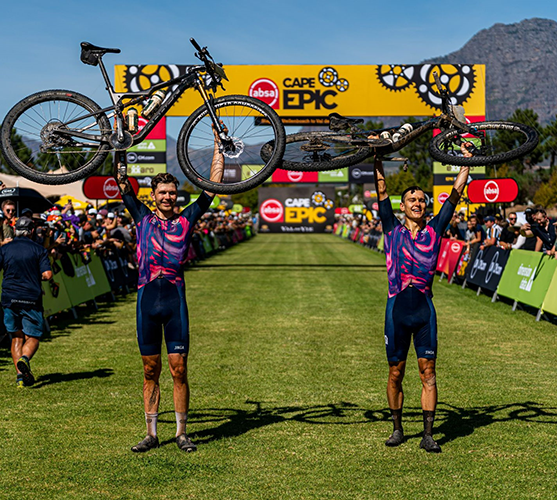 Attack – saving energy was not the order of the day
Georg Egger and Lukas Baum, Speed Racing Company, conquer the hearts and a great Cape Epic victory.
Georg, congratulations to your great success and the super impressive show. The first Cape Epic, how did the week go for you?
At the beginning of the year it wasn't clear at all if we would be able to finance it. The successes at stage races in Spain gave us the decisive push. With "low-budget" and Lukas' dad as the girl for everything, three of us started in a camper.
How did the race start for you?
First, we were amazed at how huge the event was. What an effort alone the Orga before and after the start of the team demands. We had to consider many things. The big teams even had food trucks with them. We were so flashed that we first crawled into our camper after the number distribution to digest everything.
And then you delivered right at the start and surprised everyone?
Yes, madness! Second in the prologue, we knew we were in a good mood... and then we had to struggle with stomach problems on stages 1 and 2 like so many other teams. The heat and the stress got to us, nevertheless we had the situation well under control with 7th and 5th place and from stage 3 it really started.
And then came the 5th stage?
We were about 4 minutes behind the leaders and the goal was to get into the yellow jersey. Again stress, we didn't know the stage, had a good 2-minute lead, but then missed a turn and stood in the middle of a field with a support bike. Oh man, what have we cursed. Then back again and we were 2 minutes behind the leaders. With full throttle it went off, the field looked stupidly, when we came suddenly from behind. We then attacked again with full fury right away, but they didn't let us get away. On top of that, we lost another 2 minutes on the last hill before the finish.
How did it go on then?
Well, then we had 7 minutes on the leaders before the last two stages. Everyone thought we were flat and no one believed we had the will after the darned fifth stage.
Where did that will come from?
(Laughs) With the anger in our stomachs, we planned for the sixth stage - pull off a fierce attack, that cracked the others mentally.
And then it was still 2:45 minutes before the last stage?
We put all our eggs in one basket and said to ourselves, let's do the same as for the sixth stage. ...attack, get rid of the yellow and don't turn back. That was completely sick, we rode 3 ½ hours at the level of a 1:30 XC race. Our courage and risk were rewarded, unbelievable.
Other than the wrong turn, did everything go smoothly?
We were set up correctly a total of three times together, fortunately without severe consequences and we had only one flat tire, but not because of the Devil Thorns, but a stupid shard. Nino was right behind us, he got it too. Otherwise, the tires were really awesome - Racing Ralphs, tubeless front and rear with Super Ground rubber compound. We both had several, violent punctures, the tires have put everything away.

Congratulations again, respect for your performance and enjoy the success.
When Georg is not racing or training, the mechanical engineer is a stay-at-home dad to a little girl. His partner Lukas is studying business administration and has only recently returned to competitive racing after a long break.

This is what the pros ride: 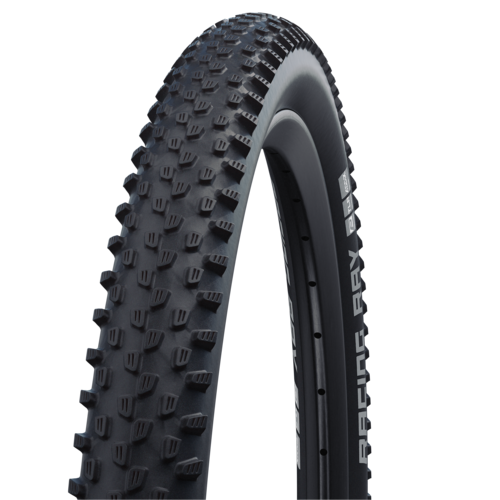 Given the extreme challenges of today's XC tracks, we have developed Racing Ralph, a very fast and versatile XC profile, specifically for the rear wheel.
TO THE TIRE 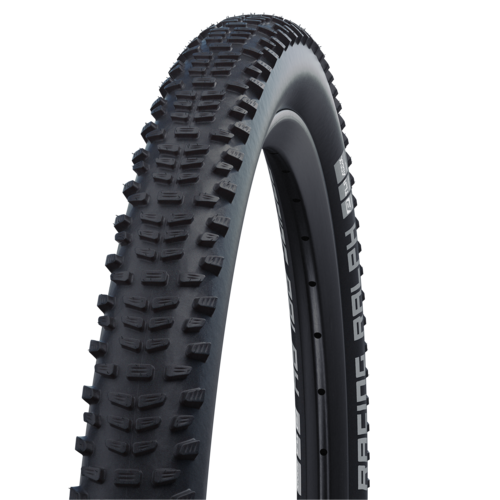